We all know that Zeeland is well-known for its magnificent North Sea coast and that the province has the highest number of sunshine hours in the country, but did you also know that flamingos live in the wild here? Each year, between January and April, a flock of flamingos touches down in the Grevelingenmeer (Lake Grevelingen). A rather strange phenomenon, seeing these tropical birds between water sports practitioners and windmills. They sometimes even literally stand with their legs in the snow.

Directly situated at the Grevelingenmeer, the largest saltwater lake of Western Europe, you will find the former fortified town Brouwershaven. This friendly town is one of seventeen places in Zeeland with a protected townscape. The old town centre, originally situated between the city walls and the canal, has many historic buildings with magnificent facades.

Salty air, sandbanks, land- and coastal birds, but also wild horses and roe deer can be found in the surroundings. On the Grevelingen, the best of fresh and salt water merges. Lake Grevelingen, the natural border between Zeeland and South-Holland, is very popular among divers. Due to the stagnant water, the soil particles have descended, making the water look so clear and bright.

On the westside, the lake is separated from the North Sea by the Brouwersdam, which is part of the Delta Works as well. The area around the dam is very popular among active and sporty people and is perfectly suited for water sports like windsurfing and kiting.

Just located outside of Brouwershaven is Den Osse, a well-known holiday resort with various holiday parks and a marina. The Southern and more inland part of Schouwen-Duiveland offers a very diverse landscape. You could choose to pay a visit to the fantastic North Sea coast with its broad beaches, or to go for a hike through the “Domeinen”, the biggest forest of Zeeland which also has one of the most beautiful mountain bike routes of the country. Schouwen-Duiveland is perfectly suited for long cycling tours through a landscape that you will hardly find anywhere else in the country anymore. The many tranquil roads take you along many characteristic villages and offer you safe cycling paths.

One of the most famous sights in Brouwershaven is the church “Grote- of Sint Nicolaaskerk”, an impressive building about which everyone wonders how it can possibly be found in such a small town. The church is enormous, the oldest part even dates to the 15th century. Besides the church, there you can also find the very photogenic Town hall in Brouwershaven, which is a monumental building located at the market. The old town harbour is now used as a marina.

In summer, an excursion boat leaves from Den Osse to take you on a stunning trip through the Grevelingen. It is also possible to sail along on a historical sailing ship.

Brouwershaven has two supermarkets, a butcher’s and several lovely restaurants. For a more extensive offer of shops and businesses, you can go to one of the surrounding villages and towns.

The Old-Dutch towns Zierikzee, Veere and Middelburg, or seaside resorts Renesse and Domburg are also worth paying a visit.

For more information about Brouwershaven and its surrounding areas, we would like to refer you to the local tourist office.

Enjoy your holiday in the luxurious holiday home Den Osse 148! 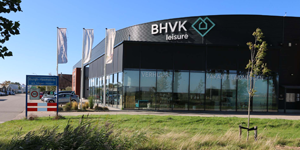