Did you know that Burgh and Haamstede are in fact two separate villages? Although the villages are now practically fused with one another, the two original village centres are still clearly recognisable.

The surrounding North Sea coast is characterised by vast and broad sandy beaches forming one of the biggest attractions for the many tourists that visit the island every year. The beaches are surrounded by a very diverse dune landscape with barren valleys, sand drifts and dune meadows with many types of colourful and fragrant plants and flowers. The many walking trails in, for example, “the Zeepeduinen”, lead you through this magnificent landscape, via herds of wild Shetland ponies and Scottish Highland cattle. In Westerschouwen this area smoothly flows into the biggest forest of Zeeland called: “the Domeinen”. Along the same coastal route, you will also find one of the most beautiful mountain bike routes of our country.

The surroundings of Burgh-Haamstede are perfectly suited for long cycling trips through a landscape that you will hardly find anywhere else in the country anymore. The many quiet country roads take you along characteristic villages and provide you with various safe cycling paths.

Burgh-Haamstede has several well-known sites, including thirteenth century “Slot Haamstede” (Castle Haamstede). The castle is now owned by ‘Natuurmonumenten’ (Nature Monuments) and can only be visited under guidance. Next to this, one of the highest lighthouses of the Netherlands is situated in the direct surroundings of Burgh-Haamstede. The “Westerlichttoren” characterised by its red and white stripes, has a lift height of no less than 58 metres above the sea level. Did you know that it was this tower that was displayed on the 250 guilders bank note until 2001?

Besides this tower, there is another notable tower located just outside the village, called the “Plompe Toren”. This tower is the only surviving remnant of the village Koudekerke which once was a part of Schouwen-Duiveland. Due to the many floods that ravaged our country between the 15th and 17th century, this village disappeared by drowning under the sea level completely.

The world-famous Delta Works with the impressive Oosterscheldekering are located just 5 kilometers from Burgh-Haamstede. This storm surge barrier connects the island Schouwen-Duiveland with, among others, the island Neeltje Jans, where you can visit the well-known family water park ‘Deltapark Neeltje Jans’. For active and sporty people, Lake Grevelingen and the Brouwersdam located at the northside of the island are perfectly suited for enjoying all types of water-based activities.

You can find a large supermarket, a pharmacy, a bakery, a bike rental shop and various restaurants in Burgh-Haamstede. In neighbouring Nieuw-Haamstede you will find a glider airfield where you can already book an introduction flight against a small fee.

The Old-Dutch towns Zierikzee, Veere and Middelburg or the seaside towns Renesse and Domburg are also worth paying a visit.

For more information about Burgh-Haamstede and its surrounding areas, we would like to refer you to the local tourist office.

Celebrating the holidays on the border of nature area de Zeepeduinen!

An unforgettable holiday at the Zeeuwse coast!

Located next to the Zeepeduinen, one of the most beautiful nature areas of Zeeland, you’ll find the comfortable Zeepe Duinen 7. The varied landscape w…

Celebrate your holidays in the sunny Zeeduin 57!

Located on the small-scaled Park Zeeduin, bordering on the dunes, the beach and nature area de Zeepeduinen, you’ll find this sunny holiday home. The…

Located in a quiet area with the high trees of de Zeepe duinen in your backyard, you’ll find this cosy holiday bungalow at the quiet holiday… 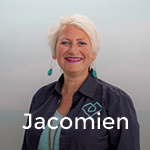 We are ready to help